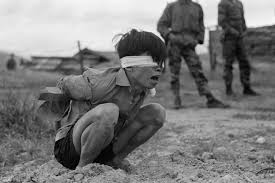 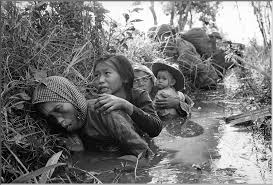 jewishcurrents.org                                                    globalresearch.ca
Peace movements come and go, but in 1974 a peace movement ended the American part of the Vietnam War.  Since then the media has not covered large or even small peace rallies, yet 600,000 rallied against Bush Senior’s Desert Storm in the winter of 90-91, that was five times larger than ANY Vietnam rally, yet the march was not covered on the nightly news by any network, and rece3ived coverage only on the 13th page of the Washington Post itself, where the rally was held.
Thus, if putting together hundreds of thousands of protestors gets no results anymore, how are peace activists going to achieve their goal of peace.
Where should they start?
I suggest they start at the Christian Muslim divide, and in the country the started it, and perpetuates it: the USA.
The USA has an incredibly awful record when it comes to the world’s worst human rights abuse:  war.
Bill Blum reports in his “Anti-Empire Report” (williamblum.org) about the 91 interventions in 66 separate countries since World War II.
Note the chapter headings of his book “Killing Hope”:

Again, voting does not do Americans much good when it comes to creating a peace-loving legislature.  We are given no choices, and what some call the “Golden Triangle of Military Spending” finds that only one of the three sides of the triangle is elected at all.
One:  The CIA develops a threat, via intelligence or fabrication
Two: the Pentagon comes up with the weaponry to fight that threat

Three:  The congress shells out the money for the equipment needed to fight the threat

Only congress is elected, but along with other large corporations, part of the same money that military contractors make in profit is pumped back into legislative election coffers.

“House of Bush, House of Saud: The Secret Relationship Between the World’s Two Most Powerful Dynasties is a 2004 book by Craig Unger that explores the relationship between the Saudi Royal Family and the Bush extended political family. Unger asserts that the groundwork for today’s terrorist movements and the modern wars that have sprung up about them was unintentionally laid more than 30 years ago with a series of business deals between the ruling Saudis and the powerful Bush family. The Saudis received investments and military protection in exchange for cooperation on lucrative oil deals. The author claims that the result has been a shady alliance between “the world’s two most powerful dynasties.” Unger writes, “Never before has an American president been so closely tied to a foreign power that harbors and supports our country’s mortal enemies.”

Of course the USA has a right to protect itself, and since we knew 15 of the 19 911 attackers were from Saudi Arabia, um, why didn’t we attack Saudi Arabia?  See Pulitzer-Prize winning author,  Craig Unger’s book “House of Saud, House of Bush”
for the 50+ year relationship between the Bush and Saud clans (meaning oil).
Peace activists need to call meetings among Christians and Muslims that actually8 accomplish something. Accomplish what our governments can NOT, accomplish peace even while the governments and religions involved appear headed for an extremely long clash.  As if 13 years isn’t already a long clash!
http://www.nili-mideastpeace.org/about_us
national interreligious leadership council (see URL above) is one organization supporting such meetings in the USA. Since three Muslims were shot dead by an American extremist in Chapel Hill North Carolina, about one month ago
the problem of how Americans see Muslims in their communities has gotten worse.
Another study shows how peace initiatives among Muslims and Christians in Indonesia can be effective:
http://www.academia.edu/1080563/Muslims_and_Christians_Interfaith_Initiative_for_Peace_in_Indonesia
A Common Word is another successful interfaith initiative:
http://www.acommonword.com/
Lastly, the Coalition for Peace, Freedom and Justice is also bringing people together to address issues that no single interfaith group can tackle without a large swelling up of the people of the USA.
http://cjcmp.org/
WHY THE USA? Well because the USA is the one that stirs up the trouble, kills many Muslims without grounds, and has developed, through its insane policies that have seen over a million non-combatants (people without guns, innocent women children and men. This in turn has radicalized many Muslims who won’t soon forget the horrors wrought upon the middle east by the USA.
In terms of sheer numbers of countries, Obama has been the worst at spreading the horrors of war in the Middle East.
http://stpeteforpeace.org/factsheets/obama.html
Look at this information in case it isn’t clear that Obama has continued Bush’s illegal wars.
I believe World War Three started the day Dodi and Diana died in their “car accident” in Paris, August 31, 1997.  The Muslim Christian divide has worsened ever since, due to Christians starting and finishing wars and even with the use of Drones to kill people.  What a dangerous thing to start:  Using robots to kill people.
The goal of any peace group now should be to get the USA to pull out of the middle east, and then pull out of everywhere else eventually.” USA National Interest” is a thin veil for the fact that the USA military has been used to protect and even gain oil and other important minerals and cheap labor and huge war profits.  Once a country has been decimated, then the US often rebuilds that country (Freeport McMoran) and even more often abuses the impoverished-by-war for cheap labor. Note Vietnam.
Peace, But When?