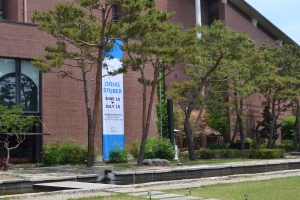 Forces larger than yourself stretch

Into the cosmos to find a mate.

The timing Gods convene to swirl

Another soul in your direction.

Somehow this kiss that comes

Creates a fleeting chance to turn

Years of despair into flourishes of art.

This is the first BLog I’ve typed straight into the net without forethought or editing after the initial rant. What if the death of Lou Reed is not a symbol, not some figurative “death of Rock and Roll,” but the REAL death of Rock and roll?

It would be simple to say that video killed the radio star. But rock and roll, as Dylan once said, is about “Sex and Drugs, Folk is about God,” and some rock bands existed on MTV for a while, at least while they were still playing music. Even Folk Music has been swamped under.

Since the 50s every generation has come up with music that pissed their parents off, but sitting here in Korea it’s come with a new twist that is as wretched as it is mundane. KPOP, now self devouring, meaning I sure hope it’s ending, is the ultimate post-disco assault on any type of music that once attempted to explain what is really going on. So here we have the LACK of radical thought being the music that is pissing the parents off. But not making them mad enough.

Apologies to Billy Bragg and the thousands of Punk, Ska and independent bands eking out a living in bars across the globe, but NOBODY NEW is singing ANYTHING that aims to expose the evils in society, the fascist pigs at the top, the corrupt churches, and also getting signed to a major label anymore.

I’d rather see the Dead Kennedys’ worst show than suffer through one more dance routine with lip synched music piped in, or a Simon Cowel/superstar-K/prepackaged singer croon on about things that just don’t matter.

Does the world have ANY TIME AT ALL left for things that just don’t matter!?

Except for the remaining living bands from an era when fans slept out four days to get tickets rather than out-gunned each other with computer aided ticket buying programs, there are precious few “name acts” signed to main stream labels who utter a single word of defiance about ANYTHING. So we hunt the Indy labels and Yep-rock type distributors, worship Ray Pollard and his type, sneak around to clubs until something hits us as genuine…and then return to our earphones, and to music that once made a complete societal difference, not just a scene at scattered clubs.

So what? Few who are young enough to NOW make a difference will stop long enough to realize they’ve been hoodwinked. At least one entire generation has been lulled to sleep, to PC Games, to never hitting the streets in anger. Occupy is dying off, and sadly never accomplished much except locally.

That’s it then aging radicals. Solve the problems locally. Support local angst bands, make your own farms, pray you live far away from pollution…pray that Fukushima holds up long enough to move the fuel rods…make love on a regular basis, because even rock is so dead it can’t muster FUKU-Aid though jazz did:

and one man made a plea:

But where is the usual line-up of Sting, U2, Bruce Springsteen, Peter Gabriel and Billy Bragg? Where’s the big “Rod-Aid” to help people figure out how to move the 1300+ spent Fuel Rods without causing a major chain reaction?

If the last of the rockers can’t come together for THIS, then we sure can’t expect anyone to take seriously the “Pop stars” if they put together a show…even if they come out and sing anti-Nuke Songs. Anyone remember James Taylor, Gil Scott Heron, Crosby Stills and Nash, etc. who put on No Nukes in 1979?
http://en.wikipedia.org/wiki/No_Nukes:_The_Muse_Concerts_for_a_Non-Nuclear_Future

Most of those folks are still alive, and, uh WHERE THE HELL ARE THEY NOW, playing with their grandchildren?

For the Love of the CHANCE that MUSIC matters in the REAL world at ALL anymore, let’s get it in gear ladies and Gentleman.